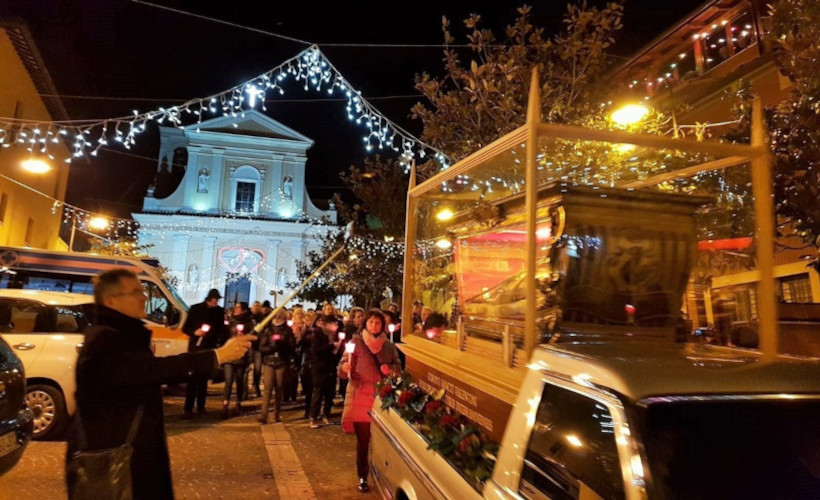 For some years now, the Solemn Pontifical has not been held at the Basilica of Saint Valentine, but at the Cathedral of Terni. For the transfer of the Patron Saint, the faithful, parish groups, occasional tourists and the whole city accompany the Sacre Spoglie from Colle Valentiniano towards the city center to reach the cathedral. It is a journey that crosses the streets of the city center a few days before February 14 and retraces the same route in the opposite direction after the Solemn Pontifical, to return to the Basilica. Many Terni following the two routes, accompanied in the front row by the Bishop of Terni and the local authorities with the city banner, who greet the participants in the procession and from the balconies of the windows to the passage of the procession.

The event is often enriched by lighted candles on the terraces and along the route, local historical processions displaying flags and banners that, despite the coldest month of the year, warm the heart and soul of the faithful who devote themselves to Saint Valentine rattle off prayers and liturgical songs in an atmosphere of devotion and folklore.