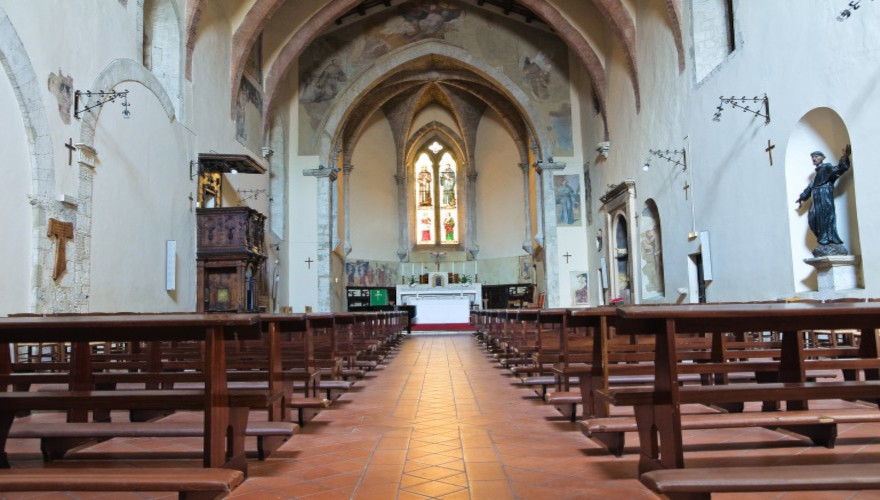 The Basilica of San Valentino is the ideal place to celebrate your wedding. In fact, there are many couples who swear eternal love in front of the urn of the Saint of love.

The city of Terni and its surroundings offer churches, abbeys and monasteries of enormous historical and architectural charm, far from the confusion of the city and characterized by millenary religious rituals dating back to distant eras: buildings from the early years of Christianity, Franciscan and Benedictine monasteries, abbeys secular surrounded by uncontaminated natural environments and millenary villages.

An example is the Church of San Francesco in Piediluco, in Gothic style, a true architectural pearl and a place of enormous charm for couples who want to swear their YES in front of the altar.