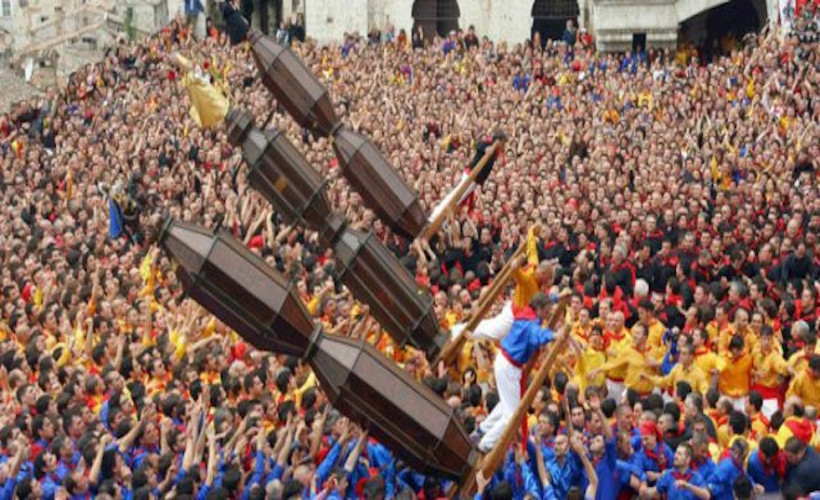 Alongside spiritual, sporting and healthy activities, Umbria is rich in folkloric manifestations of cities and small towns, where ancient and tenacious traditions blend with modern artistic and cultural manifestations. In these folkloric festivals echoes of pagan religion, Christian devotion, aspects dating back to the communal era and new characteristic elements of our times are found.

These festivals represent a concrete testimony of the history and customs of the Umbrian peoples and a proof of the identity and vitality of each location. On holidays, the local population rediscovers their origins and traditions, meets strangers to whom they can make their customs known.

Every month in Umbria there are events, musical and theatrical performances, festivals, concerts, and exhibitions that go beyond regional borders and sometimes even national ones. These celebrations are enormously successful in their simplicity.

Some of them are: the Corsa dei Ceri, a religious-popular event held in Gubbio, the Festival dei Due Mondi in Spoleto which takes place in June with plays, dance, concerts, exhibitions and films, Umbria Jazz in Perugia, where for ten days there are concerts of the most famous jazz artists in the world, the Todi Festival, a review of works of prose, music, ballets, films and cultural meetings in the enchantment of the small Umbrian village.

In the month of February the Valentinian Events are held in Terni in honor of the Patron of the City of Terni and Protector of Lovers. In the Valentinian month, the city celebrates, exploding in a multitude of cultural and religious activities under the sign of love in its many shades.