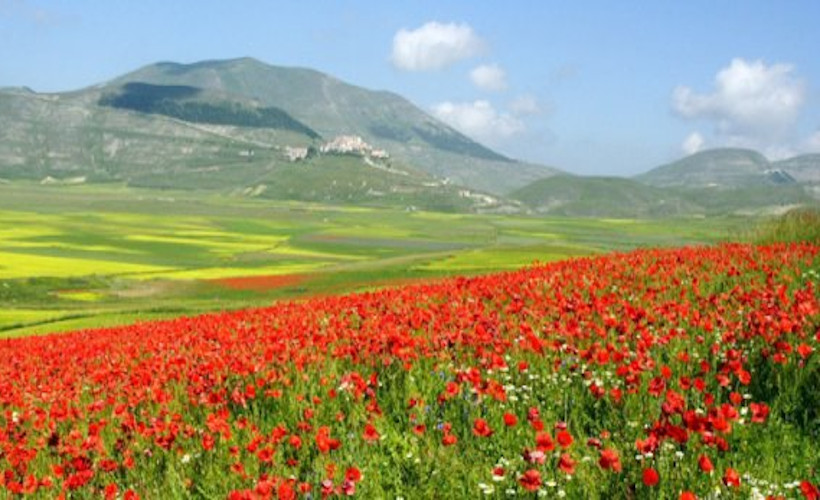 To the east of the region winds the Apennine chain. The predominantly calcareous nature of these reliefs means that they are great storers of water, giving rise to numerous springs. An environment rich in rivers, which are almost entirely part of the Tiber drainage basin, have cut these mountains and have formed over the centuries deep gorges such as the Valnerina, marked by the Nera river, the largest tributary of the Tiber, which is enriched with the waters of the Velino, with which it flows through the Marmore Falls.

The region also has two lakes, Trasimeno and Piediluco Lake. The Trasimeno, to the north, is the fourth largest in Italy and three islands emerge in its waters: Isola Maggiore, Isola Minore and Isola Polvese.

Lake Piediluco, near Terni, is located 365 meters above sea level and is set in a picturesque landscape, surrounded by evergreen hills and ancient villages.